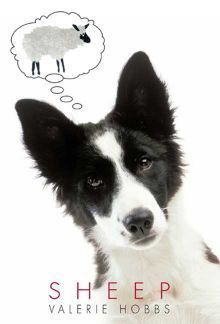 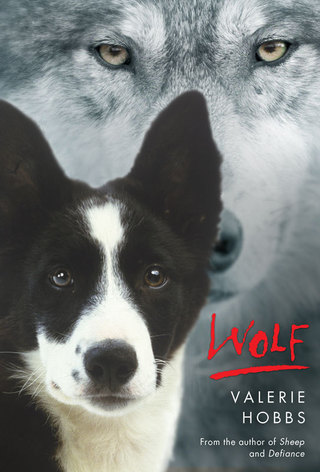 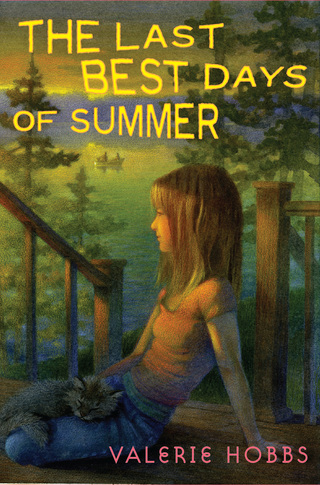 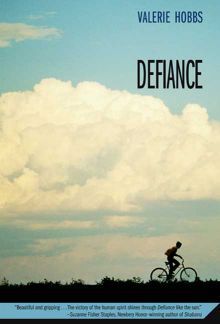 Starred Reviews and Best Book of the Year

ALA Best Book for Reluctant Readers 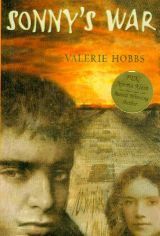 Starred Reviews. As timely today as it was during the Vietnam war.

My Books
Available on Amazon and Independent Bookstores

Jack, a homeless Border collie pup, faces danger on the road as he searches to fulfill the purpose of his life: herding sheep, and meets Luke, an orphan, who becomes his best friend for life.

My name is Jack, but it wasn't always. I've had so many names I can't even remember them all. Some names were good, some were bad. Some I don't like to remember. But I like the name Jack just fine. It's the one Luke gave me, and he's my best friend.

Jack is getting old. Once the fastest dog on the ranch, he's slowed down to the point where he's afraid he can no longer assure the safety of his precious sheep. The flock has been threatened before by coyotes and wolves. What will happen if he meets one snout to snout?

Minnie and her family have just moved to Mojave, and in this new school where she doesn't have any friends, and this new town where her whole family acts like a bunch of strangers, Minnie doesn't even know who she is anymore. Then Miss Marks takes over Minnie's language arts class. Through private journal entries and open classroomconversations, she encourages students to ask questions and thick critically about everything. Minnie is inspired, but some people in town wonder just what, exactly, Miss Marks is teaching. When a group of angry parents demands the teacher's suspension, Minnie finds herself asking a lot of questions--and figuring out what she has the power to change.

Minnie McClary, row one, seat four, nervously watched the clock. If a teacher did not show up in esactly three minutes, Room 2 was going to explode. It had happened yesterday, and the day before tihat, and it was sure to happen again.

Maggie is always full of questions. But a young maid in a fine house isn’t supposed to wonder so much, so one day Maggie is thrown out into the street with only a tiny heart-shaped locket for a keepsake. Who is the lady in the locket?
A little dog named Oliver is pushing his nose along an icy sidewalk searching for his lost mistress, or at least something to eat. No matter how hard he looks he cant find either one, but he does see a girl with round blue eyes and a golden locket. The girl calls him Lucky.
And perhaps Lucky is the right name after all, for the little dog soon helps Maggie find a wonderful home of her own—and one for him, too.

Eleven-year-old Toby Steiner wants to do normal things on his vacation. He wants to hike and race his bike down the hill. He wants to learn to fish out on the lake. He doesn't want to return to the children's hospital where his painful cancer treatment finally ended. When Toby starts spending time with pearl, a spunky old woman who lives on a nearby farm, and Blossom, her broken-down cow, he sees all the more reason to keep the new lump in his side a secret from his parents. From Pearl he discovers the beauty of poetry, and from Blossom he just might uncover the meaning of life.

Toby knew he was in trouble, but the cow didn't. She just kept gazing at him with her huge brown eyes, like she was in love or something. So he went on petting her, even though he wasn't supposed to be here. His mother would have a fit if she kenw. She was always having a fit about something, even out here in the country where they were supposed to be having a vacation.

The Last Best Days Of Summer

For twelve-year-old Lucy Crandall, the last week of August is the most perfect time in the world. It's when everything she's been so worried about--her overprotective mother, her best friend Megan's obsession with being popular, and Eddie, the neighborhood boy with Down Syndrome who keep insisting that they're friends--melts away, and she gets to visit Grams at the cabin in Crescent Lake, California. Grams has a way of making Lucy feel centered, like one of the pots on her kick wheel--perfect, steady, and completely at peace.

But as Lucy's week with Grams turns into a roller coast of surprises--some good, some awful-- suddenly Grams doesn't seem to be so steady anymore. And Lucy can't help but wonder: How is she supposed to find her own center without Grams to show her?

Lucy awoke and sat up. The world was quiet. She'd had a strange dream but couldn't remember it. The world was very quiet. For a minute she didn't know where shse was. The cave, the storm, her grandmother asleep on the ground. Then she recognized the feeling her grandmother had tried to explain. She had felt the panic rising like floodwater, but now it too was gone.

When Liv was born, her mother died. Her father, Mark Trager, handed her over to his own mother "like a bundle of laundry." Now Liv's beloved Gran has died. Mark--who is essentialy a stranger--is her only family, and she has to leave New York to live with him in Californiia where he dives for abalone. It is a disaster. Mark isn't the talking type, and Liv cannot forgive him for abandoning her. Samantha, his girlfriend, has to serve as a go-between. Then Mark's "tender"--the man responsible for his lifeline when he dives--breaks his arm, and Liv takes his place. Now she literally has control over her father's life, and once they head out to sea, there is no turning back...

At first nothing is clear, nothing real. As she bobs in the dark water, Liv's mind just names the things she sees: hose like an undulating snake; glove, its fingers stiff and curled; plastic bread wrapper; gull riding a broken board.

Liv yells for her father, her voice hollowing out into the darkness. . .

"Dad! Help, Dad!" She starts to swim, breaststroke, in one direction, then another. "Dad! Dad! Where are you?" The sea mocks her with its rolling silence.

Bron Lewis--drag racer or classical musician? At sixteen she is both. It depends on the day.

At school or at the local Frostee, Bron feels like The Girl From (in her case, New Jersey, which her parents have fled because of a family crisis). They wind up in Ojala, California, a dusty, tile-roofed town where the kids' teeth are all too white, where school is "something you did between parties (or if you weren't popular), where the main topic of interest is who has a new car or who's died in one.

There are musicians, my favorite teacher said, and there are those who play instruments. "One must have felt great pain," he said in that thick Russian accent, "in here." He tapped his chest dramatically. It took years to acknoledge that I had become a musician in part because I had known Will at that time when life came hard and fast and impressions went deep; that I had become a fine musician--and this had always been more difficult--because I no longer had him in my life.

After her father dies, Cory needs her brother, Sonny, more than ever. Sonny is quiet but he's a great listener, and Cory knows where she can always find him--in the garage working on his car...When Sonny tells Cory he's going to Vietnam, she is devastated. What are she and her mom supposed to do while he's gone? What if he doesn't come back at all? The new substitute history teacher is the only one who seems to understand. Cory has never met anybody like Lawrence. He's young, he's handsome, and he's passionately against the war that took her brother away. As Cory turns to Lawrence for the comfort Sonny once provided, she finds herself wanting much more than Lawrence could ever give.

Scared and alone, Sixteen-year-old Sally Jo (Jody) Walker sits at a gas station in the middle of Florida contemplating the rest of her life. Should she wait for Bobby James, who abandoned her there? Should she find a way to get back to Texas and her family? Jody does neither. With twenty dollars to her name, she begins a new life in Jackson Beach, Florida, washing dishes at Thelma's Open 24-hour Cafe and sneaking into the cineplex at night to sleep.

At turns, heart-wrenching and hilarious, (this novel) introduces readers to an unforgettable and surprising young woman who manages to break free of an abusive relationship and find True Strength and her "self of steam".